Cattle in a Hostel. A Tale of 2 Indian Villages

” Cattle in a Hostel. A Tale of 2 Indian Villages” – Gujarats Akodara has turned cashless, while nearby Daramali has gone smart

In todays podcast, we share interesting stories from Business Today 25th Anniversary issue: Toward a Smarter India. Technologies and Innovations that can transform the country. http://www.businesstoday.in/magazine/issue/january152017 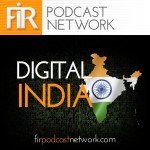 In this issue we took a particular story and discussed that story in the podcast: A tale of two villages

We discussed how a village with a population of less than 2000 become the Country’s First Digital Cashless Village and it has Wi-Fi, while almost every household has either a tablet or a laptop. Around 70 per cent of Daramali’s residents have smartphones.

We went thru some of those stats and what we can learn about consistency, adapting change. A hostel for cattles 🙂

Here are some snippets from the Business Today Jan 2017 Issue:

“Akodara and Daramali, two villages in Sabarkantha district, Gujarat, separated by about 25 km, are similar in many respects. Both have a population of less than 2,000, with Patels as the dominant caste. The Patels own on average one to five acres of land and 20-30 heads of cattle. Both villages cultivate the same crops – cotton, wheat and castor – and have a literacy rate of around 90 per cent. But while both are pioneers in their own way, Akodara is nationally renowned while Daramali remains obscure”.

“Akodara has been much lauded as the country’s first ‘digital, cashless village‘, its achievement endorsed by none other than Prime Minister Narendra Modi himself on January 5, 2015, when he ‘dedicated’ the village to the nation. But little-known Daramali’s achievement is perhaps more impressive, as it has shown how a focused grampanchayat led by a woman sarpanch can, despite limited resources, usher in digital ‘smartness’