The Rise of Women Entrepreneurs in India – FIR Podcast Episode #31 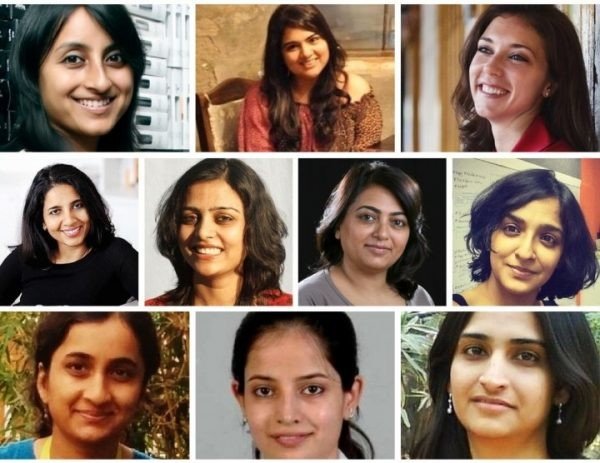 The Rise of Women Entrepreneurs in India

Hello and greetings to one and all as we start the year of 2016! The first topic we picked up for this year will be a talking point through the months to follow. This is my belief and all the signals we’ve picked up in 2014 support it.

On this week’s Digital India podcast episode for FIR Podcast Network, Suresh and I discuss how the startup world is seeing many women rise up to their potential as innovative entrepreneurs, the challenges that face Indian women when it comes to following ambitious career paths, the changes in the investor space to support women run businesses, and the avenues available for women to train on entrepreneurship, be mentored and raise funds.

Listen to the podcast here.

Here is the background research for the discussion on women entrepreneurs in India.

Signals indicating the rise of women entrepreneurs in India

2015 has been a big year for entrepreneurs. That’s not news. But there was a sharp rise in:

In fact, NASSCOM had many women founder-specific sessions in the last year.

“Now, very encouragingly, women are not considering themselves to be any different from men as far entrepreneurship is considered. This is a huge change. There are more and more women stepping out,” said Nidhi Agarwal, founder of Kaaryah, a fashion portal for women’s wear that raised money from Tata Sons Chairman Emeritus Ratan Tata in June.

“Now, women are more into technology than in the previous years. Digital media has also empowered them a lot more to come into entrepreneurship,” said Swati Bhargava, co-founder of cashback and coupons website CashKaro.com.”

Indian startups raised over $5 billion (Rs 32,500 crore) in 2015 versus less than half in 2014, per a report on Startups by NASSCOM in October 2015. There was a 50 per cent increase in women entrepreneurs compared to last year and 9 percent of women founders were less than 35 years old.

Some of the women entrepreneurs in India

And here’s a mention from the rural corners of India from Women entrepreneurs flourish: Meet 4 young start-up divas determined to succeed:

In some parts of the country entrepreneurial women are making waves. For example, in the arid regions of Latur and Osmanabad in Maharashtra, women are leading the charge at organizations such as Swayam Shikshan Prayog, which is building networks of rural businesses. Here, women are handpicked to sell products such as gas stoves and the best ones given charge of a region to manage.

Challenges for women to walk the entrepreneurial path in India

The world agrees women have an edge

According to the Forbes article Why India needs more women entrepreneurs:

The allocation of Rs 200-crore budget by the Modi government towards the empowerment of women was welcome news. Women entrepreneurs can also look at:

If you have an entrepreneurial idea in your mind, the environment in 2016 is conducive to your growth. Don’t miss the opportunity. Dive in!

Monica is a digital marketer, blogger and technical writer. She’s helped small businesses with content strategy and development since 6+ years and is now extending the value with online marketing. Her goal is to introduce more businesses to this exciting and profitable marketing medium. She is a regular blogger for WMA. Connect with her on Linkedin or Twitter for digital marketing assistance or to say hello!