Continued from Part 1: A discussion of Flipkart’s Big Billion Sale 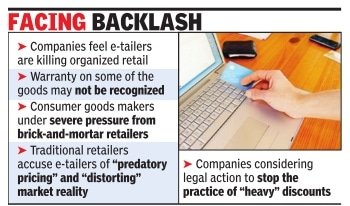 Flipkart may have received a billion hits on its website on October 6 but it also sent many people into the welcoming arms of competition such as Amazon and Snapdeal! Snapdeal reportedly made $600 crore the same day! Amazon rolled out its Diwali Dhamaka Week with aplomb.

Let’s say Flipkart wins back its loyalists. How about first time visitors? Will they want to come back after their arduous shopping experience?

Flipkart has furthermore invited the wrath of players including Samsung, LG and Sony. Not only are they suspending fresh sales to Flipkart for the unrealistic discounts it offered but are also considering legal action for “predatory pricing.”

Our take – We, the consumers

When the WMA group was challenged to come up with a solution for Flipkart to win back the trust of customers, I noted a speaking trend. After half-hearted attempts at proposing redemptory measures (such as giving away gift vouchers and discounts) for Flipkart, most students went back to berating the brand. Clearly, the resentment and disappointment at India’s homegrown ecommerce website won’t shake off easy! 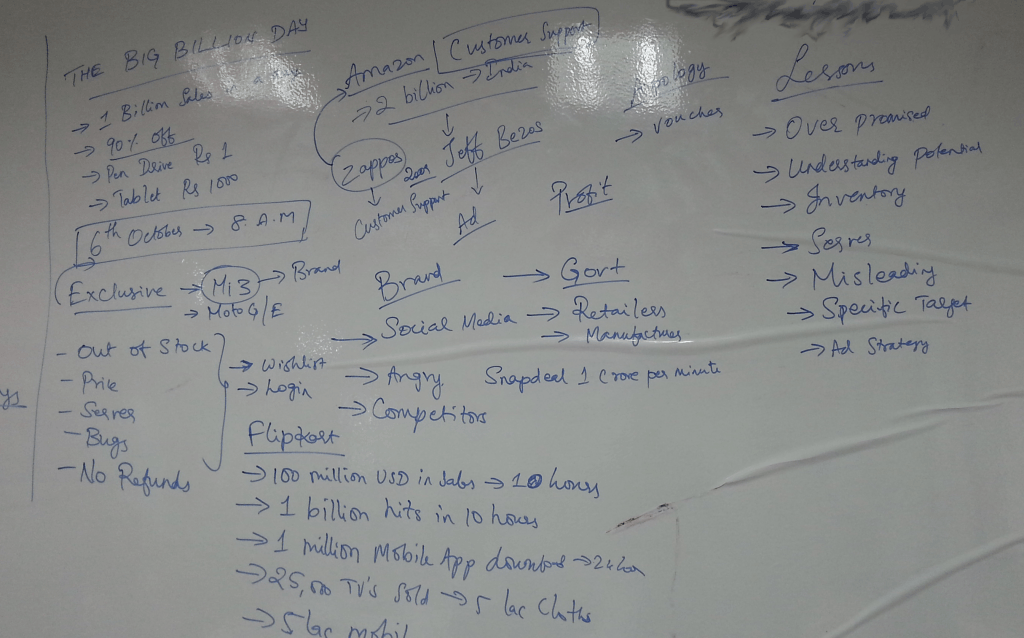 Despite suggestions made, nobody believed Flipkart could make adequate amends after its Big Billion Blunder. (Here’s an opportunity for #Flipkart to turn the tables and confound us all!). At the same time, 80% believe Indian memory is short and good deals are all we care about. Flipkart’s faults could soon be forgotten.

What’s your take on Flipkart’s Big Billion Sale? Are you still a loyal customer or did the damage run too deep?

By the way, do check out WMA’s podcast on the Big Billion Sale on FIR.

Monica is a digital marketing enthusiast, blogger and technical writer. She has helped small businesses with content development for the last 5 years and is now extending the value with online marketing. Her goal is to introduce more businesses to this exciting and profitable marketing medium. She is a regular blogger for WMA.

Connect with her on Linkedin or Twitter for digital marketing assistance or to say hello!